The role of mathematics in learning has evolved significantly since ancient times. While the ancient Greeks studied mathematics for its own sake, other ancient civilizations like Babylonia, Egypt and Rome taught basic arithmetic and geometry to male students from higher social classes or for use in certain trades. In the West, math education blossomed starting with the advent of universities in France, the "rediscovery" of Islamic and Greek texts on mathematics and the invention of the printing press. By the 1900s, public education systems began to form, making mathematics a central part of curricula throughout the world. 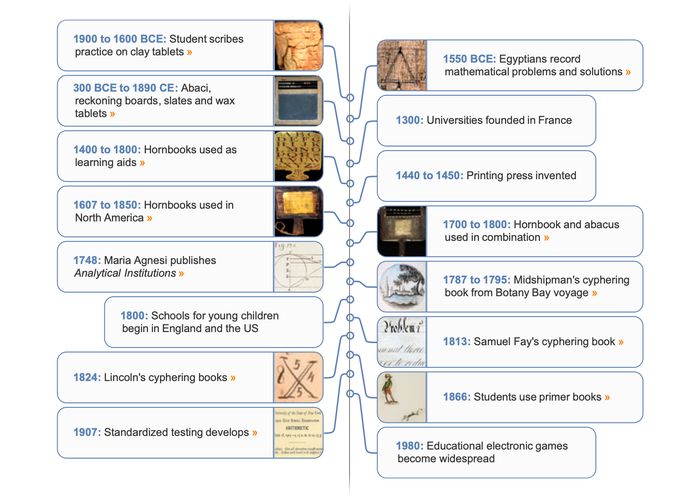