In the late 19th century, more formal education with defined curricula became a focus for educators in various countries. Tools like abaci and slates, along with games and textbooks, were needed in classrooms to reinforce basic arithmetic lessons. Here, an abacus of 20 beads is combined with a flat piece of slate for an easy all-in-one tool for a student.

Abaci are ancient calculating devices that have been found dating back to ancient Rome and China. Reusable writing surfaces have also been useful tools for messages and instruction for centuries. In the 1870s and 1880s, at least three Americans took out patents for combination slates and abaci. None of these inventions precisely match this object, and no specific information is available about where it was made or used. It seems likely, however, that this slate with numeral frame dates from about the same period. 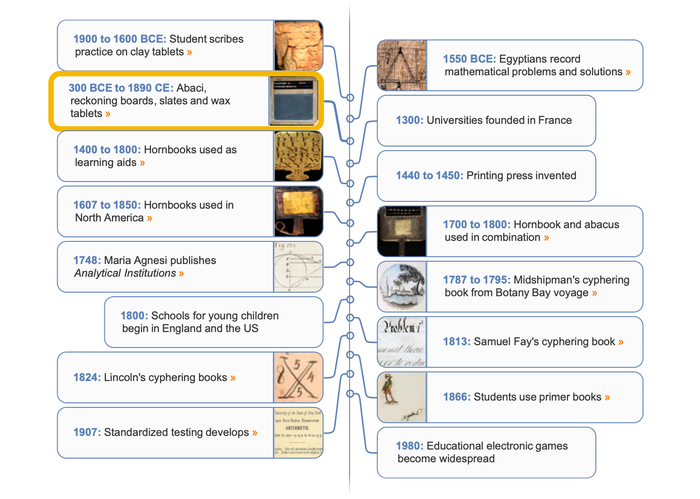 Use the slate and built-in abacus to represent numbers between 1 and 99. Frame, slate and bead dimensioning and style variations can be explored by opening the "appearance" section of the controls: