The Pythagorean theorem is a fundamental result in Euclidean geometry that relates the side lengths of a right triangle through the simple relationship a² + b² = c². The relationship was known to the ancient scholars and builders of Babylon, Egypt, China and India. While Pythagoras lived and wrote from 569–475 BCE, the result that now bears his name appeared as early as 1800 BCE in surviving clay Babylonian tablets. The Pythagorean theorem was also known to early Chinese scholars and appeared in the sacred texts of ancient India related to altar building. 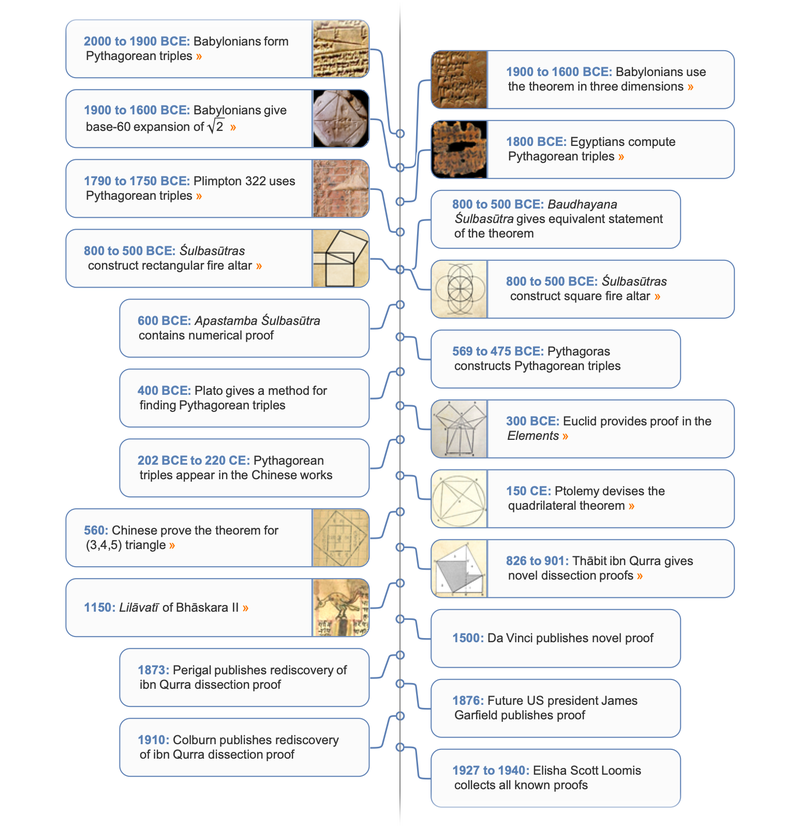