The mathematical constant pi (denoted π and approximately equal to 3.14159…) is a real number defined as the ratio of a circle's circumference to its diameter. Since it appears in practical computations such as the area of circular fields and the volume of circular granaries, it has been of practical as well as mathematical interest to the earliest recorded civilizations. Around 250 BCE, Archimedes devised the first rigorous algorithm for computing π, and Chinese and Indian scholars also computed increasingly precise approximations using various methods, including those similar to that of Archimedes. Fascination with computation of increasingly large numbers of digits of π has continued in the modern era, with laborious hand computation being replaced by increasingly sophisticated computer-based algorithms. 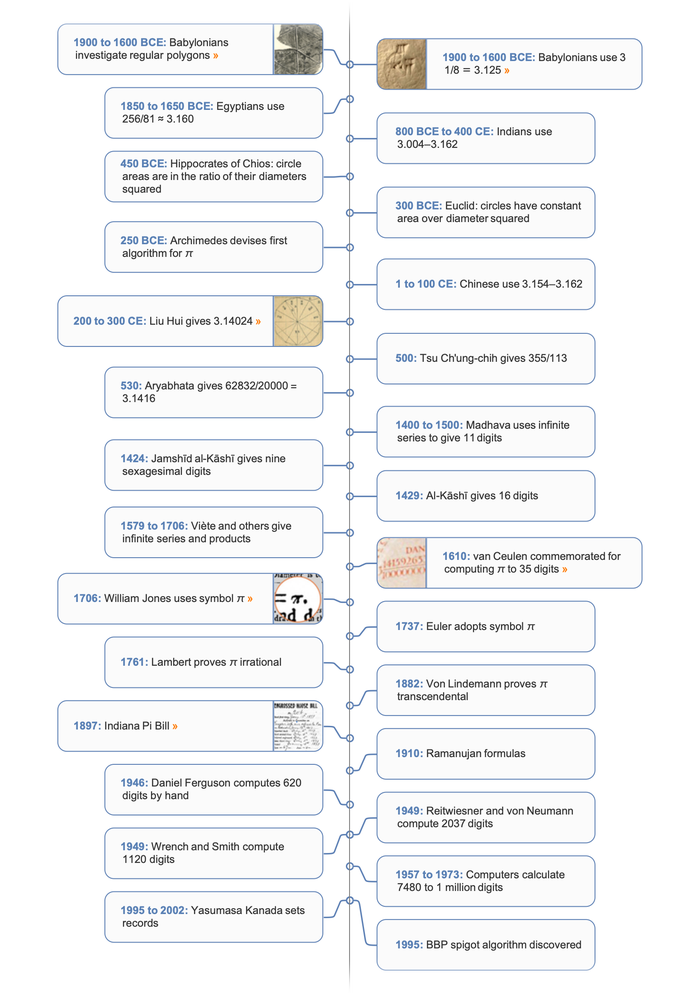