Famously, Orville and Wilbur Wright are known for their flight in Kitty Hawk, North Carolina. What is not well known about them is that they did not finish high school. The Wright children were encouraged by their parents to explore and learn outside of the formal education system, and this textbook from their father's library was one of the sources they used to teach themselves mathematics.

John F. Stoddard (1825–1873) was an educator from New York who wrote several textbooks in the 1850s and 1860s. His Stoddard's American Intellectual Arithmetic was one of several early textbooks in the United States. However, Stoddard's book was not as popular as Joseph Ray's Arithmetic book series, which was renewed in the 1980s for homeschool educators. The Wright family also owned a 1977 edition of Ray's New Practical Arithmetic. 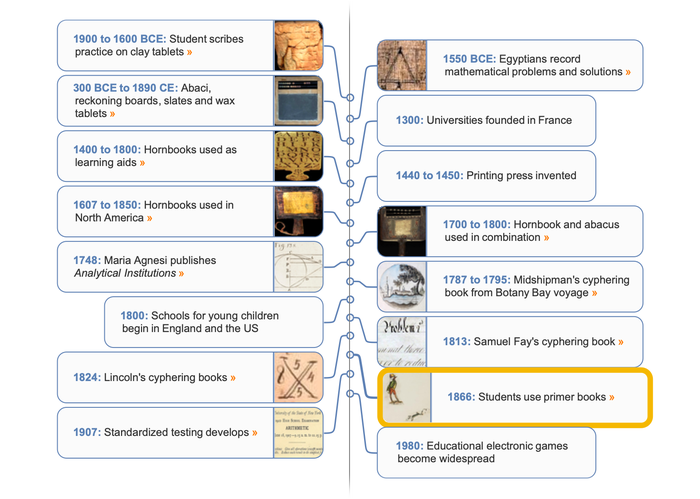