The counting board was a precursor to the abacus that is thought to have been used by the ancient Greeks to perform mathematical calculations. To compute with the board, pebbles were placed at various locations and could be moved as calculations were performed. A complete number was then composed of various pebbles on lines and spaces, both on the positive and negative sides. Five groups of markings appear on the tablet, with sets of Greek acrophonic numbers arranged along the left, right and bottom edges of the tablet. 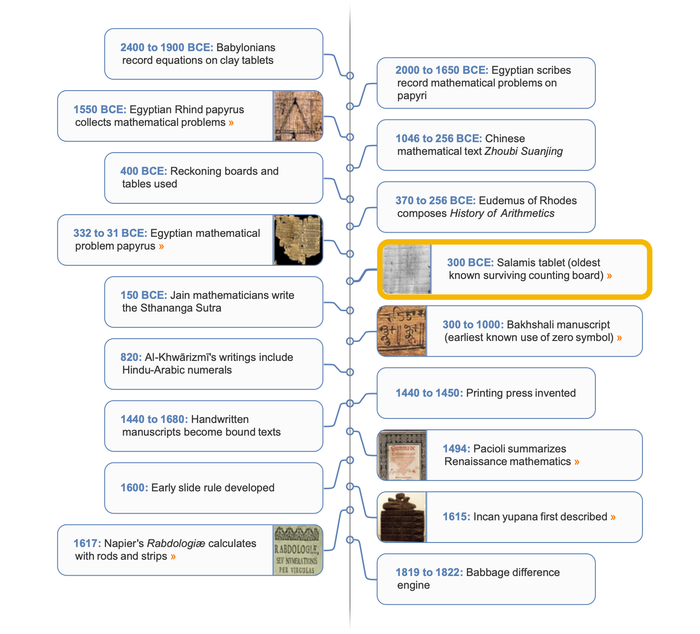