Calculating with rods and strips

In 1617, after John Napier's death and three years after the publication of his book describing the discovery of the logarithm, his book Rabdologiæ, seu numerationis per virgulas libri duo was published in Edinburgh. The term "rabdology" was coined by Napier by combining the Greek words for rod and calculation. Rabdologiæ described three devices to aid arithmetic calculations: Napier's bones, a promptuary (set of strips for multiplying numbers) and a grid with counters to perform binary arithmetic. The most interesting of these are Napier’s bones, which consist of a set of rods inscribed with the multiplication table. 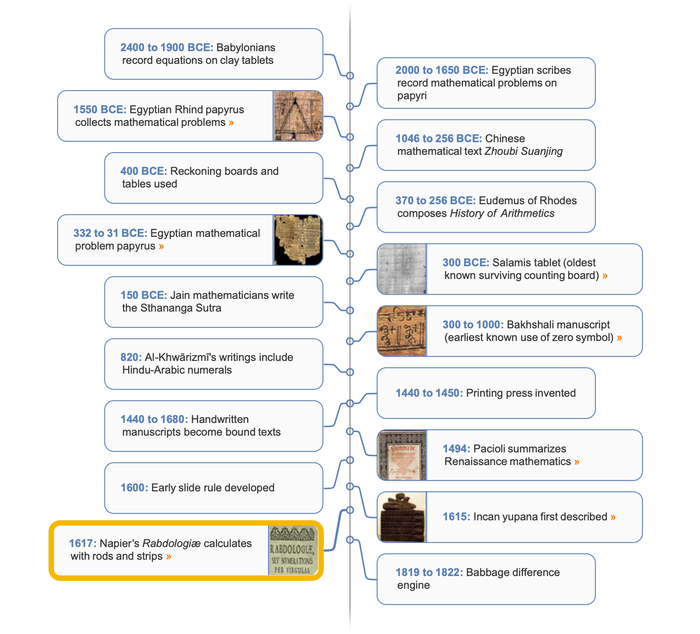