Khayaam is more well known as the author of the Rubáiyát in the Western World, but his works on mathematics had a profound influence on the Islamic world. He also worked as an astronomer for the court of Sultan Malik-Shah I (1054–1092). Fourteen other works were bound into this volume, with subjects ranging from astronomy to music to navigation.

Columbia University in the City of New York Library 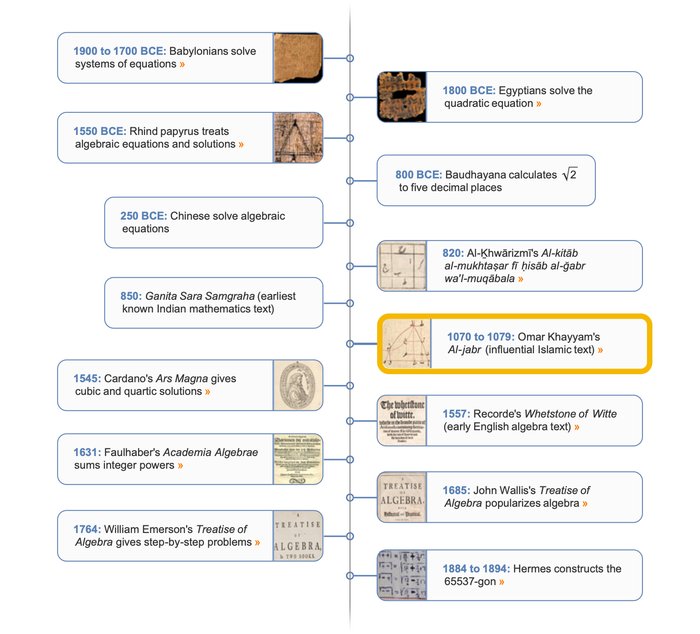