Johann Faulhaber (1580–1635) was a founder of a school for engineers who loved numbers. This love is evident in his 1631 work Academia Algebrae. In this treatise, Faulhaber developed and published formulas for sums for integers up to the 17th power, though without revealing their derivation. 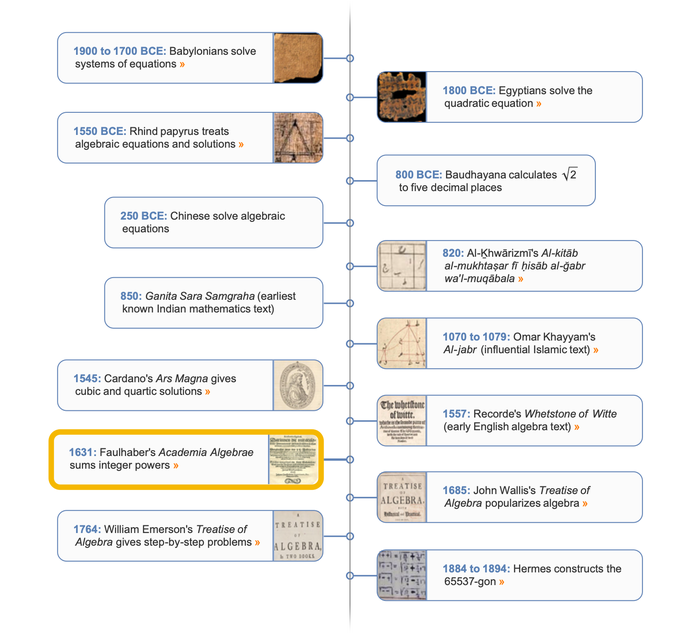