One of the earliest known uses of a positional zero symbol

This ancient Indian manuscript is a collection of mathematical problems of various types, including several types of arithmetic. It contains one of the earliest known uses of symbol for zero used in a place-value system, and is perhaps the oldest known manuscript in Indian mathematics.

The Bakhshali manuscript is an ancient Indian mathematical text written on birch bark. Its dating is controversial, with proposed dates ranging from 300 to 1000 CE. The manuscript is a compendium of rules and illustrative examples in which each example is stated as a problem, the solution is described and the solution of the problem is verified. Its problems involve fractions, square roots, progressions and linear and quadratic equations. It also contains one of the earliest known uses of symbol for zero used in a place-value system.

70 leaves; too fragile for examination 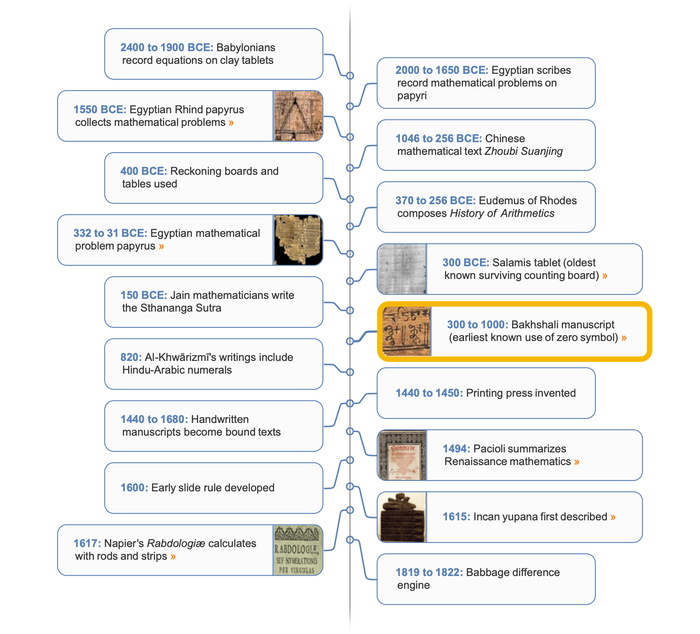